THE CONCEPT OF RISK #

Risk is uncertainty surrounding outcomes. Risk is not neces-sarily related to the size of the loss. The more important con-cern is the variability (Deviation) of the loss, specially unex-pected loss.  Risk taking refers to active acceptance of incre-mental risk in the pursuit of incremental gains. Risk manage-ment includes sequence of activities aimed to reduce or elim-inate an entity potential to incuse expected losses.

Challenges that can arise in the risk management process are:

able participants in the economy.

EXPECTED LOSS: Expected loss considers how much an entity expects to lose in the normal course of business. It can often be computed in advance (and provided for) with relative ease because of the certainty involved.

UNEXPECTED LOSS: Unexpected loss considers how much an entity could lose outside of the normal course of business. Compared to expected loss, it is generally more diﬃcult to pre-dict, compute, and provide for in advance because of the uncer-tainty involved.

Known unknowns:- Event is known but risk tools are not available to quantify as opposed to above losses.

Unknown unknown:- Events that are truly unknown and no one is aware about.

ERM considers entity-wide risks and tries to integrate risk con-siderations into key business decisions.  ERM makes use of measures such as economic capital and stress testing. 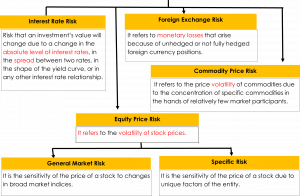 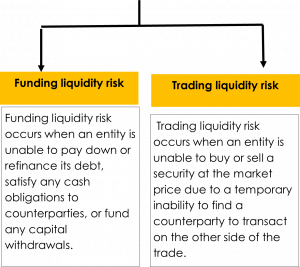 Independent risk factors are correlated which causes signiﬁcant problem. Risk manager could consider correlation between identiﬁed risk factors and account for it in planning process. Another signiﬁcant challenge for risk man-ager is understanding how risk aggregation can be ap-plied to measure all risk at the enterprise level.

What is popular interest aggregation but some draw-backs. First, there are few different versions of VaR.  Second, VaR uses simplifying assumptions end are prone to manipulations like adjusting number of days and confidence Level. VaR Is intended to determine loss threshold level . It measures largest loss at at a speciﬁc cut off point, but not the magnitude of risk. Some managers turn their attention to scenario analysis, stress testing and expected shortfall to measure magnitude of risk.

There are measures of economic capital is also extremely useful for risk managers. RAROC is such method: Calculated as

This formula is essentially reward per unit. Four speciﬁc practical applications are,

The overall point of risk management is to consider the drivers of risk end whether the suﬃcient reward is generated relative to level of risk assumed.

What are your Feelings

Still stuck? How can we help?

How can we help?

FALCON EDUFIN is leading FRM, CFA and CA Final exam preparation provider. With our unique approach we help students succeed in their exam.

Give Us A Call

Drop Us a Mail

GARP® does not endorse, promote, review, or warrant the accuracy of the products or services offered by Falcon Edufin of FRM®-related information, nor does it endorse any pass rates claimed by the provider. Further, GARP® is not responsible for any fees or costs paid by the user to Falcon Edufin, nor is GARP® responsible for any fees or costs of any person or entity providing any services to Falcon Edufin. FRM®, GARP®, and Global Association of Risk Professionals™ are trademarks owned by the Global Association of Risk Professionals, Inc.

Number of items in cart: 0